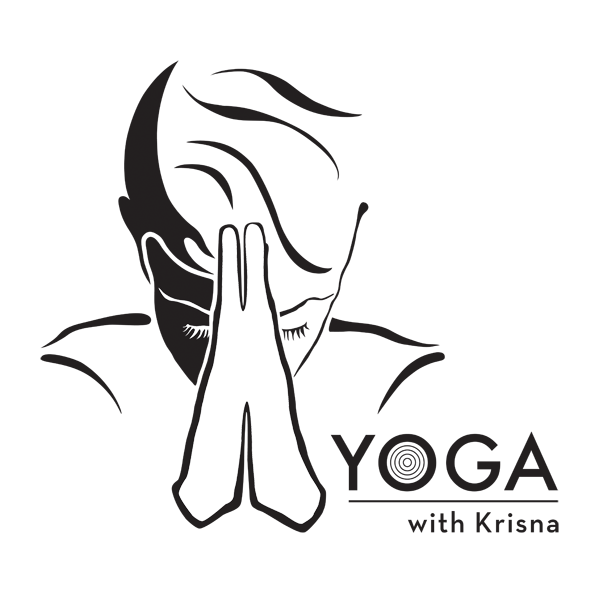 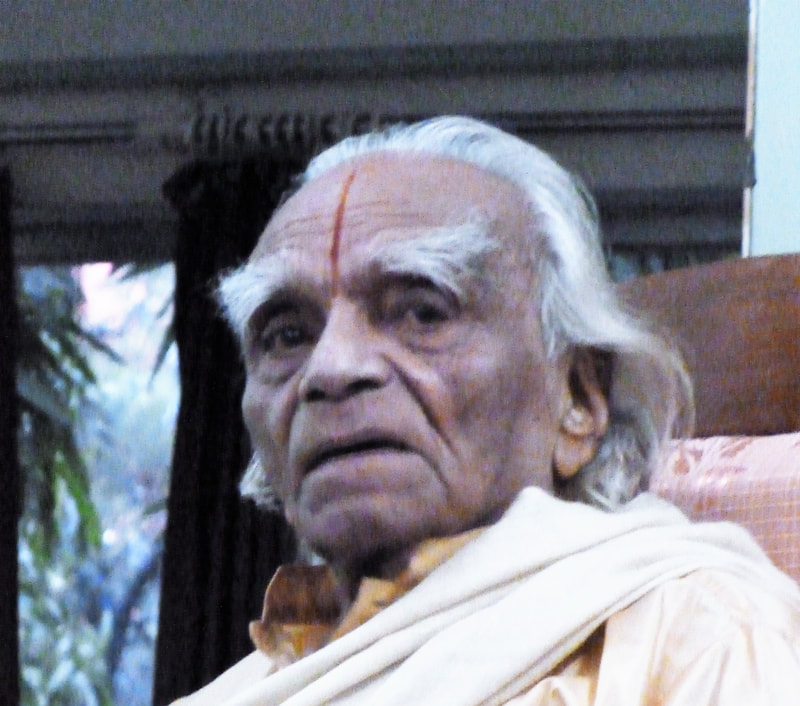 What is Iyengar Yoga? 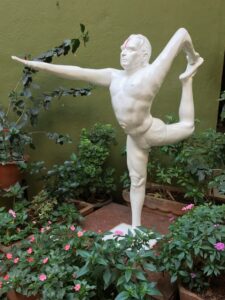 Quite simply, this style of yoga is based on the life’s work of BKS Iyengar (1918-2014). He had a remarkable life, rising from a sickly childhood, through initiation into practice by Tirumalai Krishnamacharya. His practice of yoga developed over many decades, and the way he practiced changed over time. He became a sought after teacher, for example, Yehudi Menuhin, the great violinist, began to study with BKS Iyengar and that alliance also propelled BKS Iyengar onto the global stage. BKS Iyengar, affectionately known as “Guruji” to his students, travelled the world, teaching and spreading the wisdom of yoga. Not only were his yoga demonstrations mind-blowing and artful, he managed to weave the wisdom of Patanjali (father of classical yoga/author of the Yoga Sutras) into almost everything he said and did. Guruji wrote many books on the subject of yoga,  his seminal work being “Light on Yoga” which, published in 1966 was the “yoga bible” for any serious student of yoga for decades to come. This book gives detailed instruction for many of the yoga postures/asanas with photographs of each one, plus it has historical and philosophical explanations on Yoga.

BKS Iyengar established the Ramamani Iyengar Memorial Yoga Institute in Pune, India in 1975, dedicated to his late wife Ramamani Iyengar. The RIMYI has been a place of pilgrimage for Iyengar students since that time. For more on the institute and Iyengar Yoga, see www.bksiyengar.com

Named by Time Magazine (2004) as one of the “100 most influential people” in the world, BKS Iyengar became known globally as a yoga master of the highest caliber. He also received countless awards, such as the Padma Vibhushan, India’s second highest civilian honour. 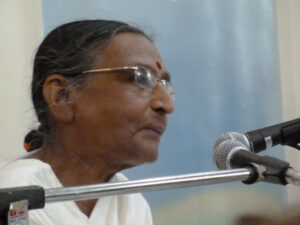 Geeta Iyengar (1944-2018), daughter of BKS Iyengar, was a master in her own right. She conducted regular classes at the RIMYI and also travelled internationally to teach yoga. She was a champion for addressing women’s issues with yoga and wrote several books, including the ever popular “Yoga: A Gem for Women”. 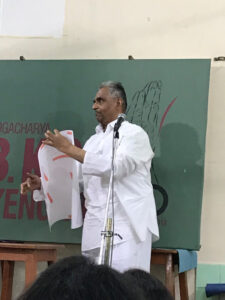 Prashant Iyengar (1949-), son of BKS Iyengar, has taught yoga at RIMYI for decades and continues to this day. A great philosopher and practitioner, he also has authored many books on the subject of Yoga.

There are many features of this style of yoga:

Use of props: probably one of the most identifiable features is the use of props. Props help people of all abilities to be able to access the poses. Props can bring intelligence to dull areas and can also support you so you can stay longer for healing and rejuvenation. Many modern people are not aware of the fact that BKS Iyengar really was the innovator of props. The first yoga block, for example, was designed after a brick. Guruji used his body as a prop when he worked with students one-on-one, but as his classes grew in size, he needed ways to support. He personally designed all kinds of things, like back bending benches and such. He also popularized the use of ropes (yoga kurunta). 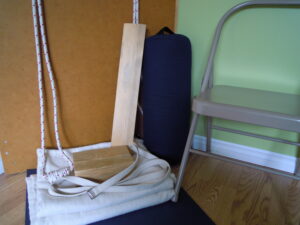 postural alignment: attention to alignment of the bones, and the action of the muscles to support. Yoga is not contortion, and thus Guruji has encouraged us not to distort the body, but to work with the natural curvatures of the spine, for example. Good alignment helps one to have a sense of “effortless effort” in the pose.

Sequencing: the practices  and classes are very purposefully sequenced, for example, headstand is done before shoulder   stand. Also, within a session of classes, there is a progression. A strong foundation is built and understood through the sequence of learning.

Detailed Instruction: Iyengar teachers give detailed instructions. This allows you connect intimately to the various areas of the body and to strengthen the mind body connection.

Commitment: Iyengar Yoga teachers are some of the best trained teachers out there. Typically it takes a minimum of 3 years to achieve the first level of certificate. A far cry from the one month training programs out there. Iyengar teachers are committed to safety and care of their students and have a comprehensive mentorship with a more senior teacher. They are assessed in a national certification process to achieve their certificates.